Three of the Best Seafood Buffet Restaurants In Myrtle Beach 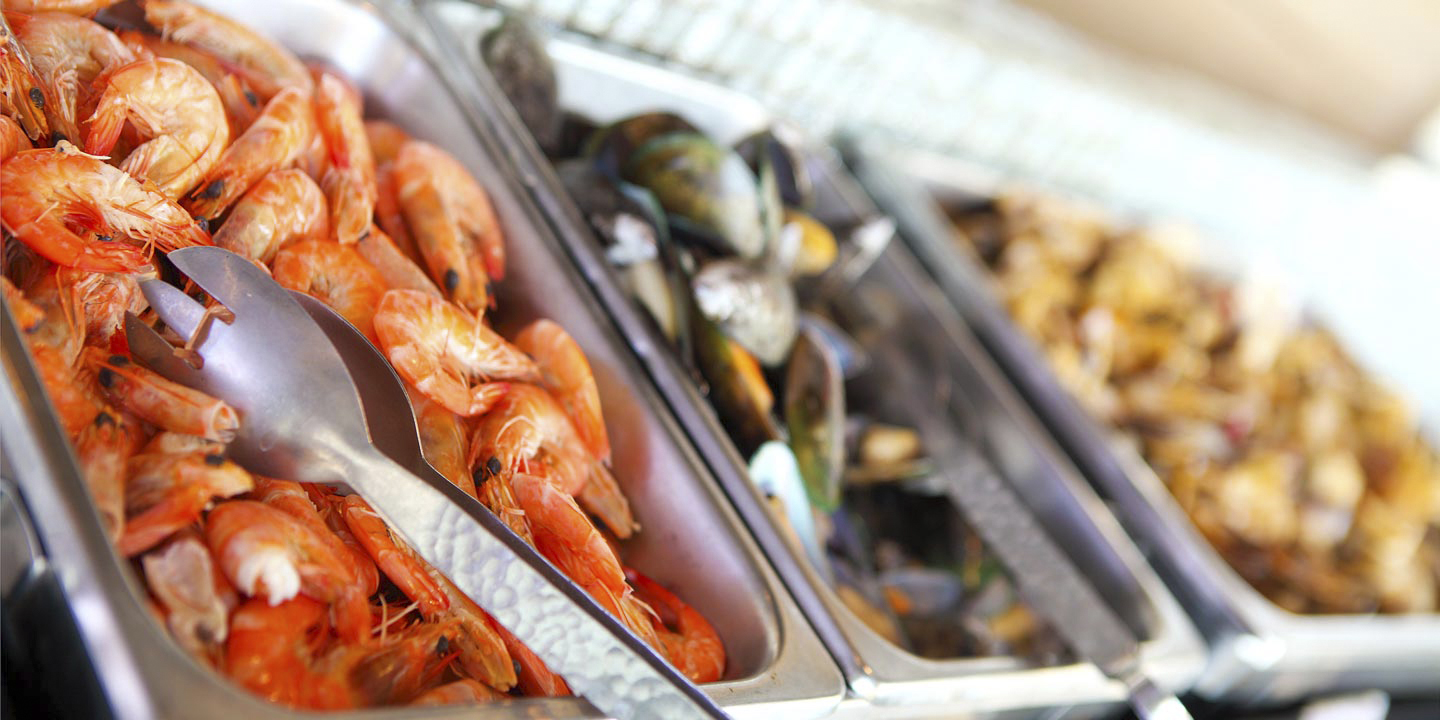 North Myrtle Beach is a delightful coastal town that provides tourists and locals alike with many, many incredible experiences, though no one can deny that the things it may be best known for are the beach, the golfing, and the seafood. But with so many choices of restaurants, especially the beloved seafood buffet, how does one decide where to take the family for a special night out? That’s where we’re here to help – want a local’s opinion? Here are three of the best seafood buffets in North Myrtle Beach!

Original Benjamin’s Seafood Buffet
The first standout that one has to mention when the topic of seafood buffets comes up is Original Benjamin’s Seafood Buffet on Restaurant Row right on North Kings Highway. This true landmark has been the “original” calabash seafood buffet that has made its way into patron’s hearts and stomachs for over 30 years, opening in 1986. Not only is Original Benjamin’s one of the first buffets in the area as well as rated one of the best, it’s also the largest with over 170 items available. The buffet includes delights from the land and the sea as well as their signature crab leg station, an incredible array of calabash style options, a carving station, a pasta station where you can watch your dish be created by a chef, and an in house bakery that offers over 25 delicious desserts and renowned from scratch hushpuppies.

Original Benjamin’s isn’t just a restaurant though, it’s an experience! This landmark, its lighthouse on the top framed by the beautiful coastal sky, houses one of the largest model ship collections in the world with dozens of displays full of the breathtaking work all done by their master ship builder Jimmy Frost. His magnificent 30 ft replica of the Queen Elizabeth II greets all guests as they enter Original Benjamins. Frost’s workshop is located downstairs, and is right next to the arcade, aquarium, and childrens play area. Another iconic feature of Original Benjamin’s is its gigantic nautical museum, with historic artifacts around every corner and each dining room and their dry sea aquarium – the largest on the East Coast!

Captain George’s Seafood Restaurant
Another classic favorite seafood restaurant that has become a favorite in the area is Captain George’s Seafood Restaurant. This regional chain has earned its great reputation with their focus and specialty in Maryland-style and outer banks inspired seafood – where its sister locations are housed. Captain George’s provides a different style of seafood here on the Grand Strand for patrons. Where many of the other restaurants and seafood buffets have their focus on Southern and Low County Calabash style food, Captain George’s brings a new but equally delicious experience to the area. Their steam stations and raw bar feature varied seafood options including Mahi Mahi, salmon, and pollock. With a limited ala carte menu, something not often seen at other seafood buffets, visitors can be sure to cater their meal and experience exactly to their own taste! And with their own fishing boats, you know you can always count on a truly delicious “fresh catch of the day”!

Most seafood buffets not only in the Grand Strand area but around the country have a quite specific nautical theme to them, most often casual – Captain George’s changes the local scene with an elegant atmosphere. This dining experience is as upscale as it gets, with a classic nautical themed decor and ornate dining area that provides a relaxed and delightful experience.

Captain Jack’s Seafood Buffet
Last but not least, we come to Captain Jack’s Seafood Buffet – the lesser known dining experience of the three but the hard hitting underdog that will surprise and fulfill everyone that steps through its doors. Though not the largest or flashiest buffet in town, Captain Jack’s Seafood Buffet is for those that want a smaller, cozier, but just as delicious buffet experience. Look no further, as this newest addition to the North Myrtle Beach area will be the perfect experience for anyone seeking a low key evening. Executive chef Jimmy Gilberto is a 30 year veteran of the Grand Strand Buffet restaurants who was coaxed out of retirement so that his incredible gift for food could bring delicious recipes and flavors to the buffet scene and its loyal patrons. Captain Jack’s features a raw & steam bar, chargrilled ribeye and t-bone steaks and are known for their mouth-wateringly delicious dessert selections – original recipe rice pudding and German chocolate cake being some of the most beloved alongside the Boss’s favorite banana pudding.

Opened only recently in 2012, though now that’s over a decade of delicious meals served, Captain Jack’s Seafood Buffet has become known for its dedicated staff, delightful nautical theming, competent ownership, friendly management, and wonderful dining experience that it brings to all members of the family has secured its spot here among the greats!